Dr.Ram Manohar Lohiya National Law University, was established by an Act of Govt. of Uttar Pradesh in 2005, U.P. Act No.28 of 2005 and came into being on 4th of January 2006 to meet up the new challenges in legal field and to strengthen the vision that was given by the establishment of first National Law School of the country.

Originally incorporated as ‘Dr.Ram Manohar Lohiya National Law Institute, Uttar Pradesh’ word ‘Institute’ was substituted by the ‘University’ later, vide an amendment in the Act in November 2006. This was done to give a comprehensive national character to the Institute on lines with the other premier National Law Universities of the Country. 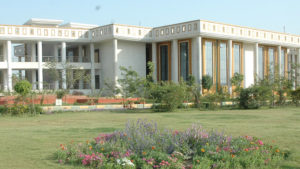