The Institute offers undergraduate and post-graduate courses in various streams of law. 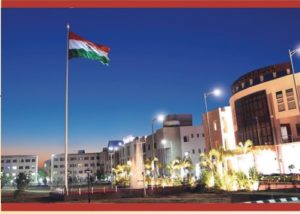 The new campus has an area of 50 acres sanctioned by the Odisha government. Odisha government has sanctioned Rs. 160 crore for its campus development. The formal inaugural function of the university was on 31 October 2009. The first Vice Chancellor of the NLUO was Faizan Mustafa.

The total number of seats for both courses is 180, divided into 120 seats for B.A.LL.B and 60 for B.B.A LL.B. (Hons.) Study Program. Of the 120 BA LLB places, 14 are reserved for scheduled tribes, 10 for scheduled castes, 4 for the disabled, 4 for foreign nationals and 10 for NRI. The university does not provide state domicile reservation.

The university has excelled in mooting and other competitions. It has been ranked 5 in the mooting premier league which is decided on the basis of cumulative points earned in multiple competitions. NLUO has qualified consecutively in 2016 and in 2017 for the international rounds of the prestigious Philip C. Jessup Moot Court Competition.

You can visit the website of the University HERE to know more about the place.